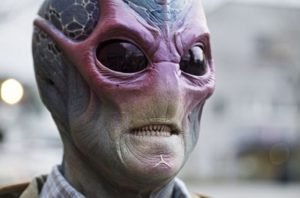 Imagine that future humans manage to travel to other worlds and find… more people. According to an astrobiologist at the University of Cambridge, this scenario may be more likely than you think.

In a new interview with the BBC Science Focus, evolutionary paleobiologist Simon Conway Morris from the University’s Department of Earth Sciences said that researchers can “say with reasonable certainty” that human-like evolution has taken place elsewhere in the universe.

At the core of Morris’s beliefs is the theory of convergent evolution, which states that “random effects eventually average out, so that evolution converges, seeking the appearance of similar organisms in any environment.”

The magazine used the example of flight, which “independently evolved on Earth at least four times — in birds, bats, insects and pterosaurs.”

In short, the theory of convergent evolution asserts that evolution itself is a law of nature – and, as a logical conclusion, it is likely that evolution will occur on different planets in the same way as here on Earth.

In other words, it is theoretically possible that the blue and green alien humanoids you see in Star Trek may actually be out there somewhere.

Morris is not the only person from Cambridge who believes that alien life would evolve “like humans.”

Arik Kershenbaum, a zoologist at this prestigious British institute, has written an entire book on the concept of alien evolution.

“Since evolution is the explanatory mechanism for life everywhere,” Kershenbaum told Quanta magazine earlier this year, “the principles we are revealing on Earth should apply to the rest of the universe.”

Kershenbaum argues that while it is “tempting” to imagine alien races that do not have the same cultural interests as humans, such as philosophy and literature, we must remember that they did not just emerge from a vacuum as evolved technological beings.

According to Kershenbaum, even alien life forms with higher technology than humans should have “evolved from a pre-technological form.”

“If this pre-tech kind developed everything we have now, then most likely they were built on building blocks that served this social purpose – things like communication between group members, transferring information and useful ideas between group members.” he said in an interview with Quanta.

“A pre-tech alien civilization could sing, dance and tell stories just like the pre-tech human civilization did, because it serves the same purpose.”

It is interesting to imagine other worlds where humanoid life forms, in the words of Kershenbaum, “sing, dance and tell stories”, as on Earth.

And if the laws of evolution are as strong as Darwinists like Kershenbaum and Morris believe, then this increases our inclination to communicate with aliens – and, unfortunately, to war with them.